Coating on a chain on edge conveyor

When you need high volume painting, with consistent quality and without the high cost of finishing: chain on edge and overhead conveyors can meet the challenge. Paramount Metal Finishing has been a specialist in high volume conveyorized painting.

What is a chain on edge conveyor? It is a conveyor chain mounted on rails and sprockets that holds parts from the bottom. The parts are placed on fixtures or spindles that hold the parts above the conveyor at a elevation that present the parts to stationary spray guns, reciprocating spray guns, robotic spraying equipment. The fixtures can be used to mask the parts and the spindles can be used to rotate the part, both give a chain on edge a competitive and quality advantage to parts with certain configurations.

When is a chain on edge spray system the most competitive process with improved quality?

Benefits of a chain on edge: 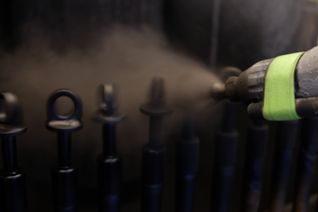 Painting on a chain on edge conveyor system 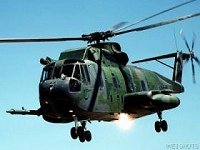